Fort Lauderdale is a hot spot for shark fishing action. The Gulfstream current comes closer here in Fort Lauderdale to anywhere on the eastern seaboard of the USA. This brings the sharks closer to our reefs where the food action is and gets them active and hunting right off our shores. New Lattitude Sportfishing has caught some of the largest sharks ever caught off the coast of Ft Lauderdale. Some of our biggest shark catches ever are a 16ft Great Gray Hammerhead estimated at over 1000 pounds, an 18 ft thresher shark estimated at 600 pounds, a 11ft bull shark estimated at 800 pounds and some mammoth other shark species.

For shark fishing, our favorite zone is an area about a mile off Fort Lauderdale beach. It’s heavily traveled by big game shark species and it only takes us about 20 minutes to get to. We set the trap and then wait for the bite. Depending on the time of year, you can catch hammerhead sharks, mako sharks, thresher sharks, bull sharks, tiger sharks, black tip sharks, nurse sharks, Cuban night sharks and sometimes even some real odd-ball shark species. You never know what you might catch off our coast.

Sharks are the top big game predator fish in the world. They are an apex predator and one of the coolest ones at that. Sharks are an awesome trophy fish. We’ve sent a lot of big sharks to the taxidermy man. The way we taxidermy sharks now adays is that we get measurements, photographs and ultimately release the shark. Taxidermy is now done with measurements and photographs and a replica mount of the fish is made. The modern day replica mounts are awesome, museum quality reproductions of the actual fish. You can see every fine detail in the skin, gills, teeth and fins and what’s best is that the mount now last forever as opposed to deteriorating with time in the elements. If you get lucky and catch a huge game shark and would like to get it mounted, ask your deckhand to write up a taxidermy ticket for your shark so we can capture the length, measurements and photos of the trophy fish.

Sharks bite all throughout the year here in Fort Lauderdale, but hands down, the best season of the year for shark fishing charters in Ft Lauderdale are in February through June. This is the time of year when many of the big game shark species make their annual migration down our coastline for their migratory mating rituals and it coincides when the big game sharks are biting at their peak. The sheer number of 300-400 pound sharks we have right off our coast during those months is mind blowing. Come out on a fishing charter for sharks with us and we will do our best to catch you the biggest sea monster you have or will ever catch.

Just a few snapshots from our Shark Fishing Charters... 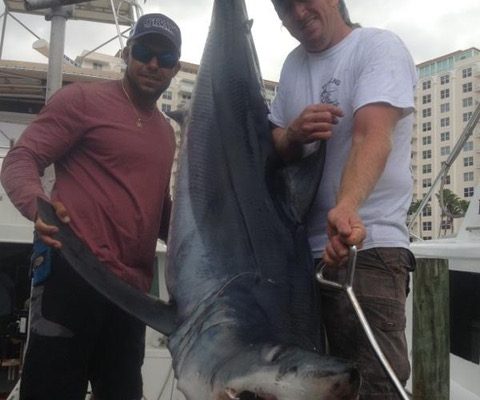 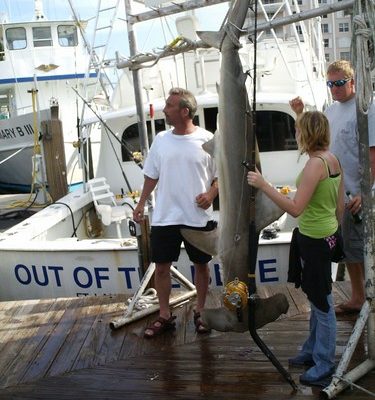 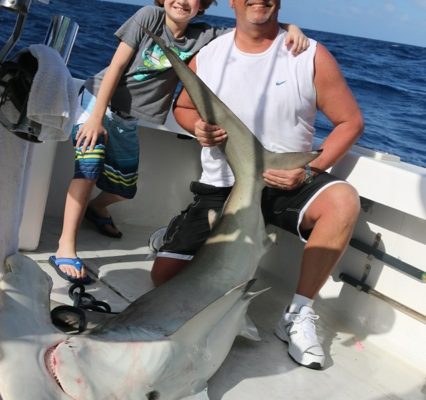 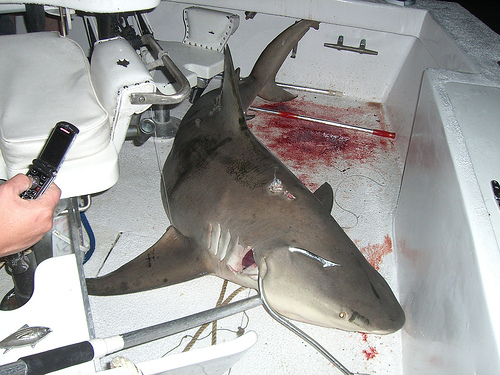 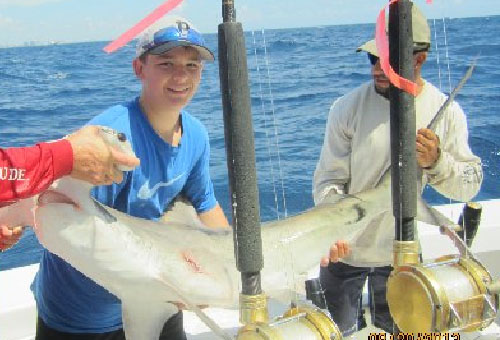 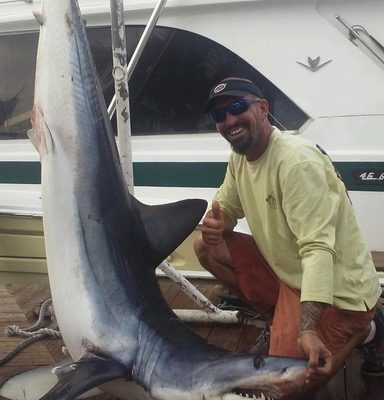 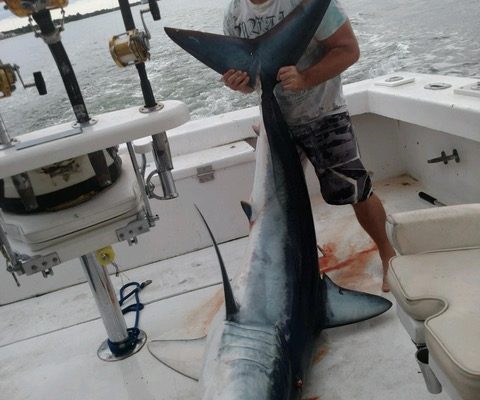 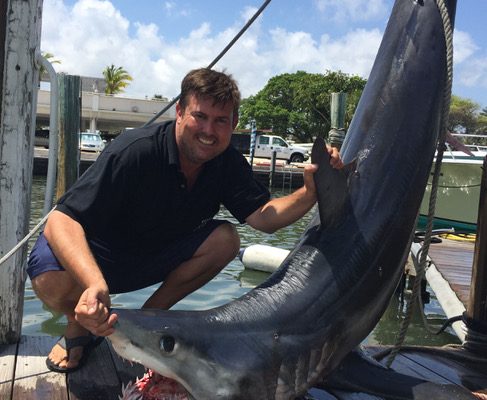 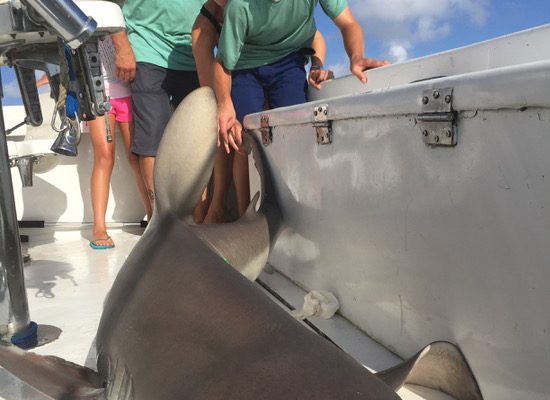 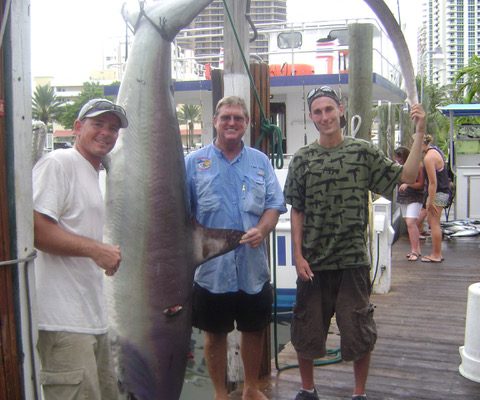